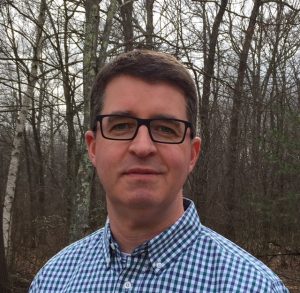 Since 2002, Ian has successfully represented  individuals of varying backgrounds, occupations, and incomes in matters concerning initial disability insurance benefit applications, post-denial appeals, and federal court law suits.  During this time, Ian spent seven years working at one of the country’s most successful and well-known plaintiffs’ employee benefits firms, representing individuals in ERISA disputes with their employers and insurance companies.  Through such experience, he has become dedicated to working hard to try to secure disability income benefits for people who have suffered misfortune and can no longer do their jobs because of physical or mental conditions.  Ian Smith formed The Law Office of Ian O. Smith, LLC in 2010 for the purpose of helping disability claimants.

Ian Smith was raised in Connecticut. He graduated from Trinity College in 1995 and the University of Connecticut School of Law in 1999. While at UConn Law, he was an editor for the Connecticut Journal of International Law and interned at the United States Attorney’s Office for the District of Connecticut. He has served as a Vice-Chair of the American Bar Association’s TIPS Section Health & Disability Insurance Law Committee. He has also served as a Co-Chair on the Connecticut Bar Association’s Employee Benefits Subcommittee. In his prior employment, Ian worked on the nationally publicized Richards v. FleetBoston and Amara v. Cigna ERISA pension violation cases as well as private and municipal retirement plan mismanagement actions. Ian is admitted to practice in all state and federal courts in Connecticut.